Is there any cuisine that’s more uniquely American than barbecue?

Enjoyed at family and community gatherings in all 50 states, barbecue brings the people together no matter which of its many styles is being prepared.

Smoking meat is an ancient practice that’s taken different forms on every continent, but barbecue is a style that America can truly call her own.

Our guide to the different styles of American barbecue gives you a region by region guide on what makes each unique style.

Historians say that barbecue is rooted in Caribbean practices of cooking meat over an indirect flame, using green wood to keep the food from burning.

This custom was transported to the United States by colonists. The process was refined and developed into what we now know as barbecue by African-American slaves. The slaves were allotted lower-quality cuts of meat that required a long cooking time to be tasty.

From there, the practice has been influenced by many regional cultures, from Mexican cuisine to German sauces. With differing styles across the country, barbecue reflects the country’s iconic diversity.

These stark differences can get barbecue-lovers up in arms defending their local style as the only “real” barbecue. However, there are so many variations on barbecue that it’s impossible to define which one is best. If that means you have to sample all the local barbecue dishes on this list, well, that’s just a sacrifice you’ll have to make.

Many Southern farmers relied on pigs for meat, since pig farming was cheap and relatively easy, so pork remains the most commonly barbecued meat.

In Texas, however, cattle farming reigned supreme, and beef barbecue remains dominant there to this day. Five of these barbecue traditions include Texas, Memphis, Kansas City, the Carolinas and Alabama. These regions make up what’s known as the “barbecue belt,” the area of the U.S. where barbecue has a prominent and rich history.

Texas barbecue is unique among the barbecue belt for featuring beef instead of pork.

Though this might spark many a spirited debate amongst barbecue enthusiasts, Texas barbecue comes from a long tradition of cattle farming by German immigrants. They used beef brisket for smoking because this cut features a high fat content that doesn’t dry out during long cooking periods. Beef sausage and short ribs are also popular.

However, Texas is a huge state that contains many different cultures, and its barbecue reflects that.

The most iconic Texan barbecue — the one that people are most likely to imagine when they think of smoked meat in this state — comes from central Texas, where the meat is smoked for six to twelve hours and served plainly, without sauces or sandwiches.

This style comes from Czech and German immigrants. The other regions of the state have their own famous traditions.

West Texas is known for “Cowboy-style” barbecue, which involves direct heat. It may involve other animals like goat or mutton. South Texas features plenty of Mexican-influenced dishes.

In South Texas, they often take the head of the cow and wrap it in agave leaves, then cook it in a pit. The end result is added to various types of tacos.

East Texas, on the other hand, is influenced more by the other Southern states. Barbecue is often served as chopped meat on buns with hot sauce, rather than by itself. You’ll also find pork on the menu here.

Louis Mueller Barbecue (206 W 2nd St, Taylor, TX 26547) is worth a road trip from nearby Austin. This restaurant is a world-renowned staple of Texan cuisine. Though you’ll need to arrive early to beat the crowd, that’s a small price to pay for the amazing spice rubs and hearty portions.

Moving east to Memphis, we find a different cuisine altogether. Memphis barbecue is all about pork, with ribs and pulled pork being the most popular iterations.

The meat is heavily and slowly smoked using a dry rub, which usually consists of salt, black pepper, garlic, onion, cayenne, paprika, oregano and celery seed. It may then be served either wet or dry, as pulled pork or as a rack of ribs.

Dry ribs are considered a unique Memphis specialty, rubbed with a spice mixture with sauce on the side. Wet ribs are also often enjoyed, though.

These ribs are basted during smoking and again right before serving. They feature a sweet tomato- and vinegar-based sauce.

Memphis dishes don’t rely on too much heavy seasoning, instead highlighting the high quality of the pork — there’s something about those Tennessee pigs that is distinctly succulent. The sauce is thin and sweet.

Memphis barbecue is considered to be definitive of the whole state of Tennessee, and it’s a destination for many barbecue lovers. Eastern parts of Tennessee, however, are more heavily influenced by Carolina-style barbecue. In Memphis, you’ll find pulled pork barbecue all over the place, even on unusual foods like pizza and pasta.

In the northern part of the barbecue belt, Kansas City reigns supreme. Barbecue masters serve all manner of delicious meats, including pork, beef, sausage and chicken.

Perhaps because its strategic and central location, the area draws on several other barbecue traditions and isn’t particularly loyal to one meat or cut. It’s seemingly always been this way, since the area has always had plenty of livestock available due to its status as an important railway hub next to two major rivers.

Whichever meat is used is cooked slow and long over hickory wood. It’s slathered in rich tomato-based sauce that features molasses for extra sweetness. Unlike in some other regions, the sauce is absolutely vital to the dish.

Kansas City is also famous for its use of burnt ends, which are exactly what they sound like — the charred bits cut from the ends of brisket. Ribs and brisket are also popular. You can find the meat served alongside Southern classics like baked beans with bits of meat, french fries and coleslaw.

Don’t make the mistake of assuming Kansas City stands for all of Missouri when it comes to barbecue. Over in St. Louis, they have their very own style, but Kansas City is considered one of the national capitals of barbecue.

Kansas City barbecue traces its origins all the way back to a smoked meat stand opened in 1908 by a man named Henry Perry. That meat stand eventually turned into Arthur Bryant’s Barbecue (1727 Brooklyn Ave, Kansas City, MO 64127), where you can still eat this classic cuisine today.

In nearby Alabama, the focus is on pork, ham and chicken. This area usually uses the ribs, shoulder or butt of the pig, all of which are slowly smoked over hickory wood. The meat is served chopped, pulled or sliced on a sandwich bun with coleslaw and — only in Alabama — a dill pickle.

However, Alabamian barbecue draws from several other types of regional traditions due to its diverse range of cultural influences. Depending on where you go in the state, you’ll find more of an Eastern, Northern, Western or coastal influence, and the styles of barbecue reflect the same gradient.

Scottsboro residents enjoy Carolina-style vinegar sauces and coleslaw, while in Birmingham almost every style of barbecue — including Texan beef — is present.

Still, barbecue also has its own unique take in this diverse state. Sandwiches in Alabama often feature white sauce, which is made with mayonnaise, apple cider vinegar, lemon juice, salt, pepper, horseradish and cayenne.

This unique concoction is often featured on chicken and pork, and is most prominently found in Decatur. It’s the brain child of Big Bob Gibson, a barbecue chef who owned Big Bob Gibson Bar-B-Q in Decatur and created the famous sauce in 1925. Barbecue was, in fact, Alabama’s first real convenience food.

North Carolina consists of two main traditions: Eastern and Western. They’re separated by Route 1, which divides the state vertically from Raleigh. Both feature pork, but the preparation and serving style are quite different.

In the East, the whole pig is smoked and served chopped, with white and dark meat mixed together in one meal. Since the skin is included alongside the meat, the resulting dish is uniquely savory and satisfying.

Food historians think this style of barbecue is most exemplary of the original styles of barbecue brought to the U.S. via the Caribbean. Eastern-style barbecue is served with classic side dishes like corn bread, coleslaw and boiled potatoes. The meat is served with a vinegar-based sauce that features hot peppers.

In Western North Carolina, barbecue usually features pork ribs or front-leg shoulder. It’s often served on sandwiches. The sauce here is vinegar-based like in the East but has some additional ingredients, including tomato puree and brown sugar. This style is also known as “Lexington-style.”

In both the West and East, the sauce is rarely served on the meat or sandwich, but instead is served as a dip on the side or mixed into the coleslaw. Both varieties will have you coming back for seconds and thirds.

Down in South Carolina, barbecue is a different world altogether. Okay, that may not be entirely the case, but the heated debates between the two Carolinas would have you thinking otherwise.

The state also boasts other varieties of sauce, including light or heavy tomato sauce as well as one variety that’s South Carolina’s very own: mustard sauce.

The use of mustard in barbecue likely derives from the many German immigrants who settled in this area. Mustard sauce is made with yellow mustard, honey, vinegar, brown sugar and spices. It’s especially popular mid-state. The “mustard belt,” as it’s affectionately known, runs from Columbia to Charleston.

Moreover, barbecue doesn’t tend to pay any real attention to state boundaries. The eastern part of South Carolina makes barbecue the same way that they do it in eastern North Carolina: the whole hog, chopped and served with vinegar and pepper sauce. You may also find the chopped meat served with the mustard sauce that South Carolinians love.

Jackie Hite’s Bar-B-Q (467 W Church Street, Batesburg-Leeville, SC 29006) is a no-frills buffet with just a handful of tables, featuring whole hog barbecue that’s been cooked low and slow over the pit. This is the perfect place to get an authentic taste of that distinct South Carolina mustard sauce.

You may not normally be a history buff, but discovering local barbecue is a great way to explore the roots of each one of these states.

Locals are passionate about their regional barbecue styles for a reason: this food is emblematic of what makes each area unique, and at this point, it’s even part of the local identity.

The diversity of this cuisine is as American as it gets, and the best part is that anyone can dig in — no matter where you come from.

We hope you enjoyed our guide to the different styles of American barbecue and feel free to leave a comment below. 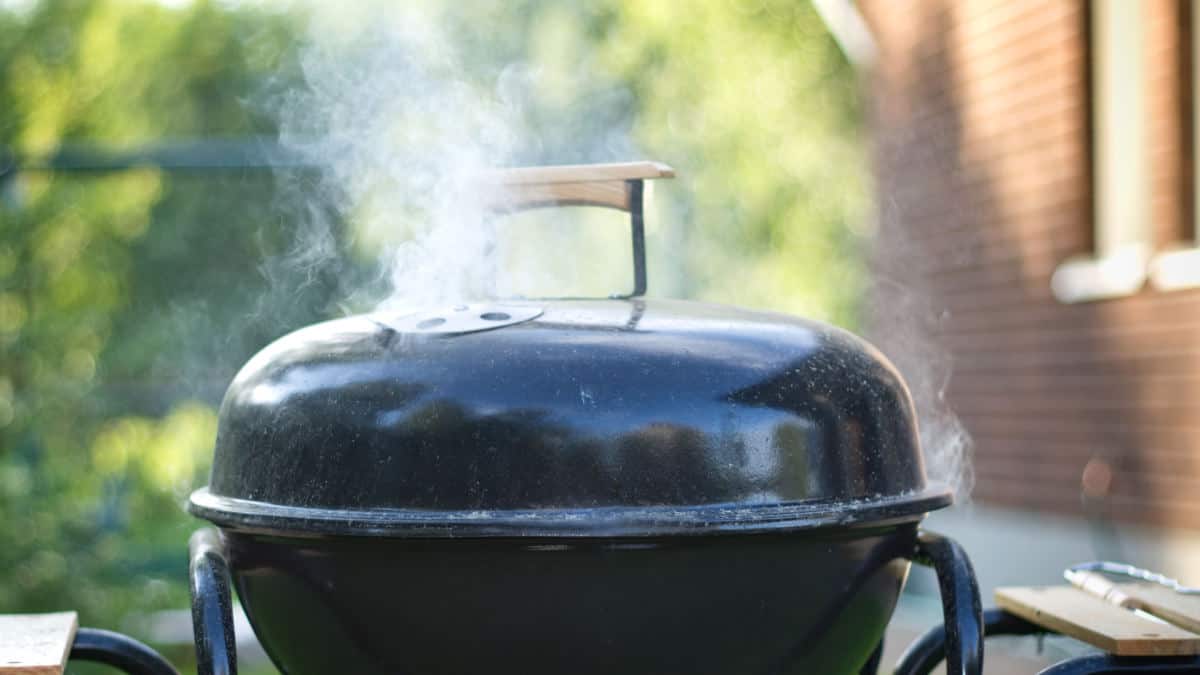