In this guide we look at brisket, covering what it is, where it comes from, and how to get the best from it when cooking and serving. 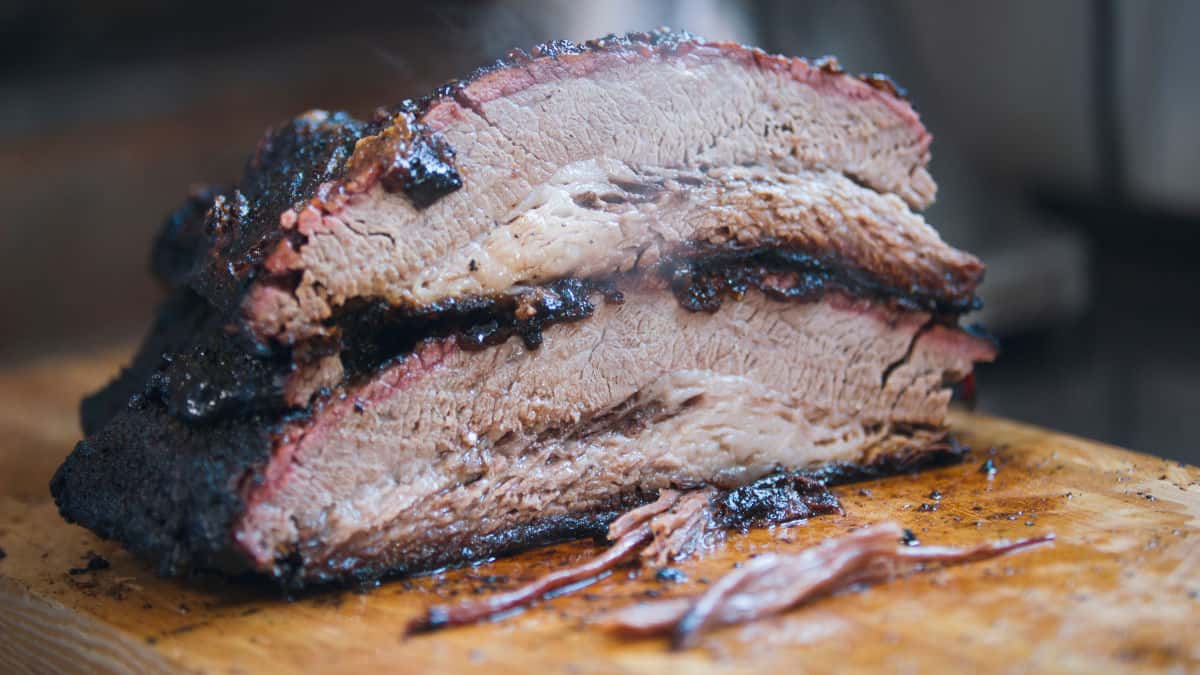 What is brisket? Brisket is an old cut that’s been served and enjoyed for centuries. The Old English word for the cut is “brushk.” It was a delicacy that the Vikings enjoyed very much.

We might be enjoying the same cut as the good old Vikings, but we certainly don’t cook it the same way. Brisket is meant for low and slow cooking to help it tenderize and become melt-in-the-mouth delicious.

In today’s article, we’re going to take a closer look at the brisket, discover where it comes from, and the best ways to cook it.

The Different Cuts of Brisket You Can Buy

The full packer consists of the Point and the Flat, separated by fat. It’s a hefty cut, weighing anywhere between 8 and 20 pounds. The fat that’s covering the top can be trimmed to about ¼ to 1 inch.

The flat, also known as the flat, first cut or the deep pectoral, is the central part of the cut. You’ll find this cut further inside the cow, up against the ribs. It’s leaner compared to the others and, therefore, have less fat.

The point is the superficial pectoral, the lower portion just above the leg. It’s also commonly known as the fat end, point, second or triangular cut.

Where on the Cow It Comes From

Brisket is beef; it can come from cows or steers two years and up or from veal, which are milk-feed calves between the ages of 2 and 4 months. The brisket is easy to locate when looking at the animal from the side — it sits right above the front leg and is the area between the two front legs.

Cows don’t have collarbones, so their bodies rely solely on the pectoral muscles to keep the animal’s front half from falling on the ground. Cattle can weigh between 1,200 and 1,400 pounds, so you can imagine how powerful that muscle is as it has to support around 60 percent of the animal.

Brisket is Full of Connective Tissue – But What is This?

Connective tissues are found in the tendons, ligaments, and the silverskin — it’s similar to a rubber band and helps to hold sheaths and muscle fiber together. Connective tissue is also known as cellular glue, which shapes and strengthens tissues.

The two types of connective tissue include:

Elastin is a flexible protein, which can stretch and return to its original form. However, through aging or cooking, moisture is lost, which will cause the elastin to become hardened, brittle and unchewable — also known as gristle.

Collagen is abundant in all mammals, including us humans — it’s also one of the strongest connective tissues in the body.

Collagen has a rope-like structure consisting of three molecule chains that are braided together. These “braids” hold sheaths and fiber together; they’re also what makes collagen so strong.

In cows and pigs, collagen is found abundantly within the legs, chest and rump. As it cooks, it turns into gelatin. Gelatin is what gives that silky, moist texture to meat.

Collagen is found in ligaments, bone, skin and blood vessels — it’s what keeps our skin wrinkle-free. But unfortunately, as we age, collagen production decreases, which is why our skin wrinkles.

The combination of these two connective tissues is why the brisket has to be cooked very slowly over low heat. This will help the tissues relax, giving moisture a chance to evaporate instead of wrung out like a sponge. Collagen requires time to break down before it turns into gelatin.

How Much Fat Should You Trim?

The fat should be white and distributed evenly throughout the brisket. And when trimming, you shouldn’t remove the fat cap entirely as it will help prevent the meat from drying out during cooking.

If you’re having your local butcher trim your meat, there are three terms you should know:

Packer – the whole fat cap is left on the brisket, so you’ll have to trim it yourself.

Trimmed or Super-Trimmed – ½ to 1 inch of fat is left on the brisket.

The fat and cooking methods are two key elements to making a great brisket that’s tender and delicious to eat.

So Tough That Nobody Wanted to Eat it

Chewy, tough and stringy were once common words used to describe a cooked brisket. It used to be an unwanted cut that most people would accidentally buy. Luckily, there were people brave enough to take on the brisket challenge — and they chose to put it over the open fire.

With time, people realized that low and slow cooking methods, such as stewing, roasting or boiling, would transform those dense fibers into tenderized meat.

Smoked brisket dates all the way back to the 17th century. This was around the time when Jewish and Eastern European immigrants began influencing local ranchers here in the U.S.

However, brisket didn’t become a commercially sold cut until the 1960s. However, the demand for brisket skyrocketed in the 1980s when people would line outside of restaurants just to get a taste. Today, brisket is probably one of the most famous cuts for BBQ — many competitions are devoted strictly to brisket.

But, besides the smoker, there are many other ways to enjoy brisket. The two preservation methods used with brisket include a wet and a dry one, which turns it into pastrami or corned beef.

How to Make a Fine Meal from Brisket

For the sake of keeping this article a quick guide, you can see more details on how to smoke brisket in our other article.

But, we will say that seasoning the meat using a dry rub, smoking it at 250 degrees Fahrenheit for several hours, and slicing it correctly will give you the best and most beautiful results.

This is quite a long process (two to three days), but the results are worth the wait — and so is the brag.

For this method, you’ll need a water bath at 131 to 133 degrees Fahrenheit, so keep a trusted thermometer at hand.

Season the brisket as you normally would and place it into a watertight plastic bag, and vacuum seal it. Place the bag into the water bath where the low, consistent temperature will gently and slowly cook the meat. Because of the very slow and low cook, the center of the meat remains pink. You can serve it straight out of the water bath or give it a quick sear in a hot pan to give it a nice crust.

You can create a smoked brisket using the sous vide method. After trimming away the fat, dry brine the meat for 12 to 24 hours, cook it in the water bath for 30 hours, then chill in a 50/50 ice and water bath for 30 minutes. You can choose to freeze it or keep it refrigerated until you’re ready to grill it.

Set up a two-zone fire in your grill or smoker. Remove the brisket from the plastic bag and give it an hour on the smoker or grill at 225 degrees Fahrenheit. Create a delicious sauce by straining the juices left in the bag. Cut and serve!

Cooking in the Oven

Pot roast is another favorite way to tenderize a brisket. Give it time to relax in the oven or a slow cooker along with some carrots, onion, parsnips and maybe a few mushrooms — do I need to continue?

Which Way to Serve it is Best?

What you should do is cut it against the grain. Cutting it in the direction of the fibers (the grain), will make it feel tough when eating.

So, cut the flat part into quarter-inch strips and the point should be cut into three-eighths.

You should also minimize air exposure. Once its cut, the brisket will lose its juices pretty quickly and dry out. Keeping it in one piece for as long as possible is ideal.

If you have to slice it prior to serving, keep them together and avoid fanning the slices out — this will help minimize air exposure and keep the juices intact.

The old view of brisket was it’s a tough, chewy, gray-tinted and plain sad and dry cut — but, that view has been changed. As the cooking methods have changed, so has the meat — and we can safely say that low n slow is the way to go.

Whether you choose to smoke, grill, roast or sous vide your brisket, it should be done over low heat for hours.

Although brisket is traditionally cooked on a smoker, you can also turn it into pastrami or corned beef to make delicious sandwiches and impress your meat-loving friends.

We hope you enjoyed learning about the mighty brisket with us, leave us a comment below to share your opinion or give a friendly shout. 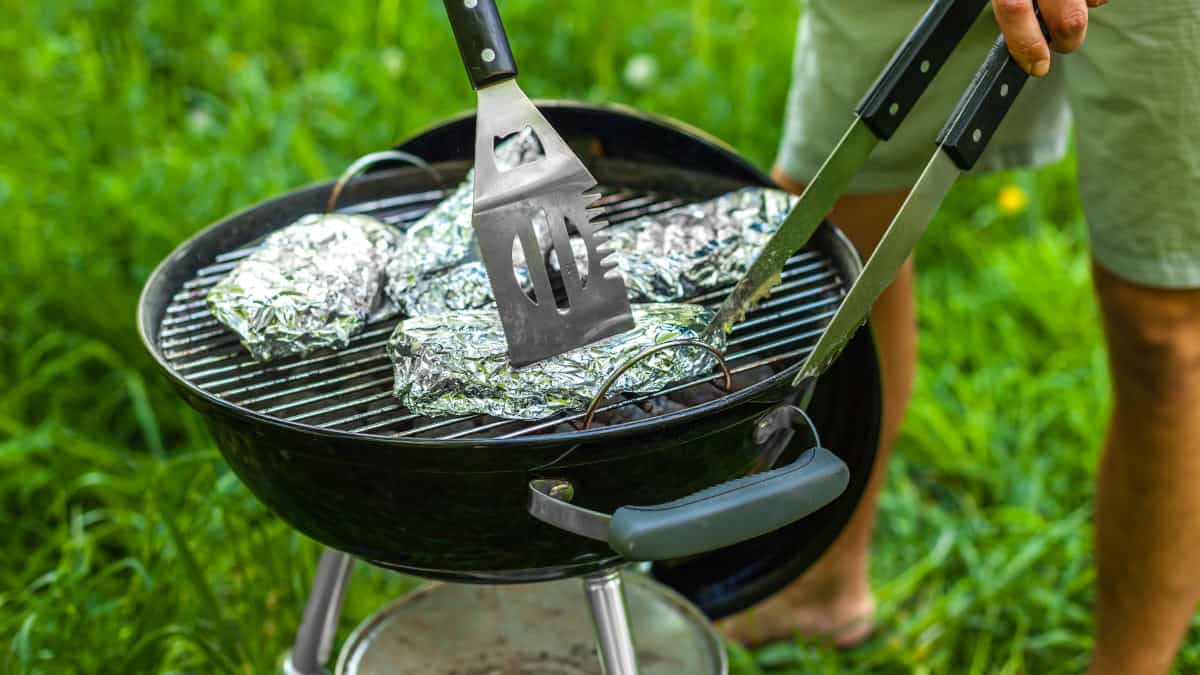