How to Grill Brats 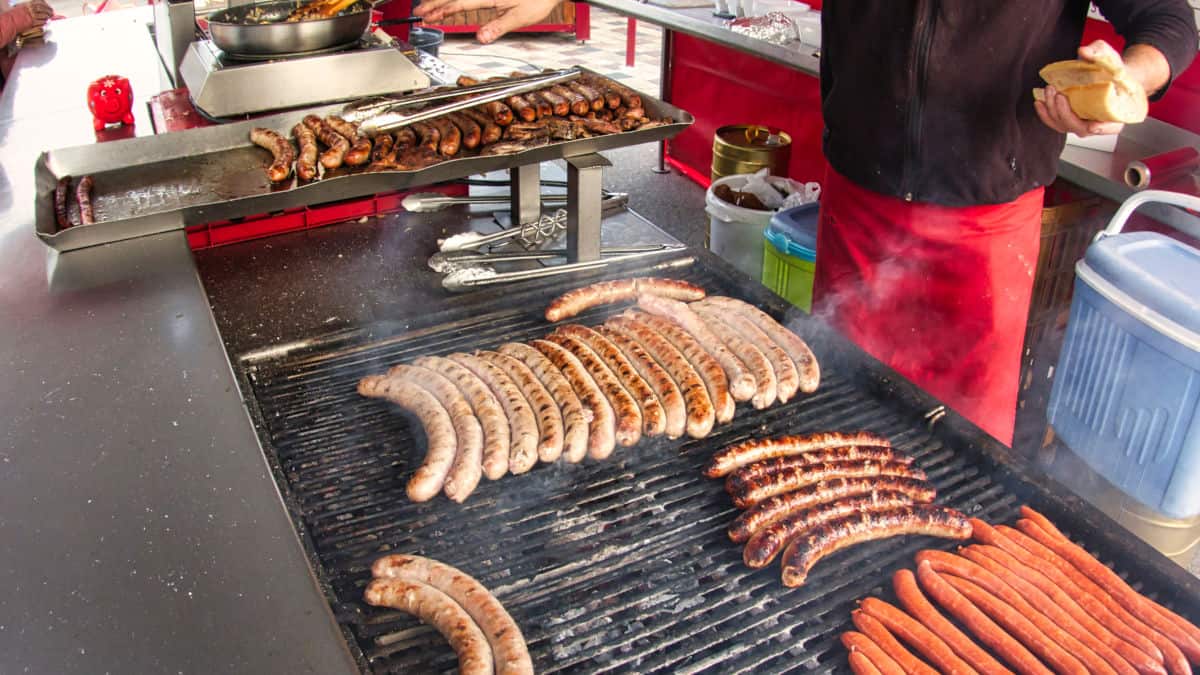 Nothing is better than a juicy brat when you’re tailgating at the game.

Our in-depth guide gives you all you need to know on how to grill brats!

Something More Than Hot Dogs

It’s hard to match the nostalgic taste of a hot dog fresh off the grill. It’s just too bad that, in the end, hot dogs aren’t the greatest food out there. No, what you really want is something meaty, juicy, and made with good meats and spices.

You want to know how to grill brats.

Bratwurst is a delicious type of German sausage (but we repeat ourselves) made from exclusively or a combination of beef, veal, and/or pork. They mix their meat with a number of savory and sweet herbs and spices, resulting in a flavor that’s uniquely all its own and unlike any sausage you’ve had before.

While learning how to grill brats probably seems like one of the simplest tasks in the world, there are a few subtleties to the whole affair that can really amp up the finished product. This is what separates the good grill masters from the great grill masters.

You want to be great, don’t you? Well, here’s your chance. Follow this guide on how to grill brats to learn everything you’ll need for cooking the most marvelous sausages you’ve ever eaten, barbecued or otherwise.

In order to follow this recipe, you’ll need to snag a few simple ingredients first. Most or all of these things can be found at your local supermarket, though, so you should have no trouble buying everything even just a few hours before you’re set to cook.

Once you’ve gathered your supplies, you can begin work on the recipe itself.

In general, this is more of a technique guide than a recipe, but there will be plenty of chances to spice things up along the way. We’ll cover those as we go over the different steps in how to grill brats.

Before you can even think of putting your brats on the grill, you’ll want it to be nice and hot.

Fill the grill up with charcoal and lay on a clean grill grate. Get the fire lit and close the lid to let things get toasty. If desired, you could also toss in a few chunks of oak or hickory to add a little extra smokiness to the cooked meat. For steps on how to light a charcoal grill, check out our guide here.

The ideal temperature for cooking something like a brat is anywhere between 300 and 350 degrees Fahrenheit.

Shoot for somewhere in the middle for your first try and experiment as you learn how the meat responds to heat. Try to avoid going above this threshold, though, as cooking the brats with too high a heat will result in split casings and burnt outsides.

Preparing the brats can mean any number of things.

While the brats themselves will already have plenty of seasoning inside them, many cooks like to add extra flavor to the outside of sausage prior to cooking, too.

Any barbecue spice rub recipe would work great here, as would a simple roll in some salt and freshly ground black pepper. Even no seasoning at all would likely work out fine.

Try whatever you’re feeling and see where it goes.

Some serious brat grillers go so far as to smoke their brats prior to finishing them by grilling.

To do this, set up your grill for smoking at a much lower temperature than you’d grill (225 degrees Fahrenheit or so) and allow your brats to smoke for around an hour. They won’t be fully cooked by then, but the cook time for grilling them will be cut almost in half.

It’s generally a good idea to give the sausages a thin coating of vegetable or canola oil just to ensure the meat won’t stick to the grates while it cooks. While this won’t really enhance the flavor of your brat, neither would ripping off hunks of meat and casing as you go to turn it, either.

Even if your grill is non-stick, it’s still good insurance especially for older models.

Go With the Real Deal

Beyond what you can do to enhance the flavor of your brats, there’s also a list of things you should absolutely never do unless you want to ruin your meat.

First and foremost would be buying precooked, packaged bratwurst instead of the fresh kind from a butcher. The kind that come in plastic are much less flavorful than the ones made by hand, plus they’re filled with preservatives. Skip all that and just go with the real deal, preferably at a 70/30 lean to fat ratio.

Additionally, many people will tell you to boil your brats, either in plain water or a pool of seasoning to infuse the meat with flavor, but this is not advisable.

Boiled meat is not appetizing in flavor or appearance, plus it robs you of the bulk of the flavor that develops only when grilling your sausage to fully cooked status.

As for the “infusion” myth, it doesn’t work the way people think it does. While the outside casing of the sausage might taste a little different, the meat inside is sealed tight and won’t see nearly any benefit from being steeped in a liquid.

Keep the Juices In

Finally, do not under any circumstances poke holes in your meat.

There are any number of reasons people give for this (many relating back to the previously mentioned boiling), but they’re all just terrible.

Having a bunch of holes in your sausage means that the fat and juices that render during cooking just leak out as you grill, making for a dry and tasteless log of meat.

After seasoning to your liking, you can finally introduce your brats to the grill. Place your sausages onto the grill perpendicular to the grates. While brats are fat and generally don’t need to worry about falling through into the flames, it’s better safe than sorry.

Your brats will have a total cook time of around 20 minutes. During this time, keep the heat consistent by adjusting air flow when the lid is on and moving the brats to colder areas of the grill if needed. Turn each one frequently as you cook them to ensure equal browning on the entirety of the sausage.

In the event a casing does split open, turn that brat so the split is facing upward. This will minimize juice loss as it finished cooking. For similar reasons, do not test the brats with a thermometer until you’re almost certain they’re done just from sight and feel, as you’ll be poking a hole into them to do so.

For similar reasons as when a split happen, insert the thermometer on the top of the brat in the middle. You’ll know they’re done cooking when it reads 145 degrees Fahrenheit.

Like all meat, brats will need to rest after they come off the grill. This is especially true for sausage, as there is a lot of fat and juice inside the casing that needs to settle and reabsorb into the meat. It’s also an opportunity for the residual heat to transfer throughout the brat and finish cooking.

This raises the temperature to around 160 degrees Fahrenheit, which is the safe temperature for ground meat. Pulling it off the grill at this temperature would just lead to overcooked sausage, which is why we want to remove it before it hits that point.

After giving your brats ample time to rest, you’re finally ready to eat.

For best results, serve up on a toasted bun or slice of bread alongside your condiments of choice. The taste of biting into a freshly grilled bratwurst that you cooked to completion all on your own is unlike any other, so savor that moment for as long as you can.

Now you’ve got the skills necessary to make one of the most delicious sausages of all time.

Now that you know how to grill brats the right way, you’re free to try all sorts of variations on this technique, whether it be smoking the meat, braising it in beer, or even sausages you made yourself at home.

So long as you give them ample time on the grill, they’re sure to turn out great.

Did you like this guide? Any tips on how to grill brats that we didn’t cover? Tell us about it in the comments.

As always, remember to share this guide on how to grill brats with a friend who’s still stuck with the flavorless pre-packaged jobs or stubbornly refusing to see anything as an improvement to the meager hot dog. 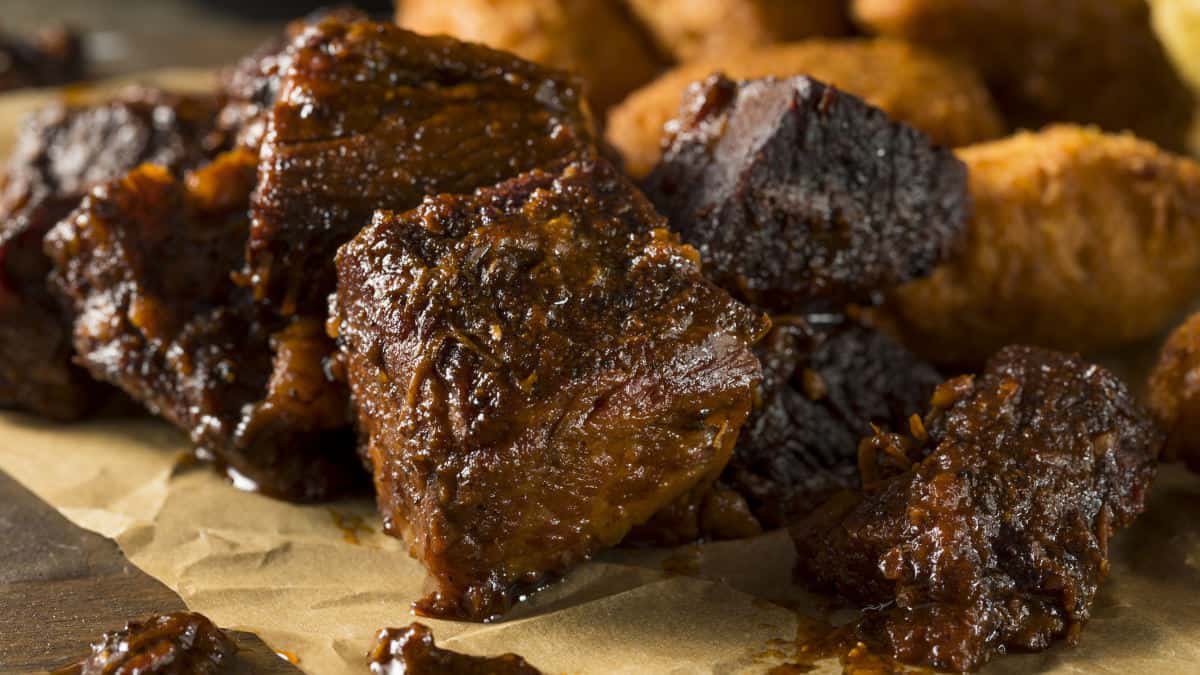 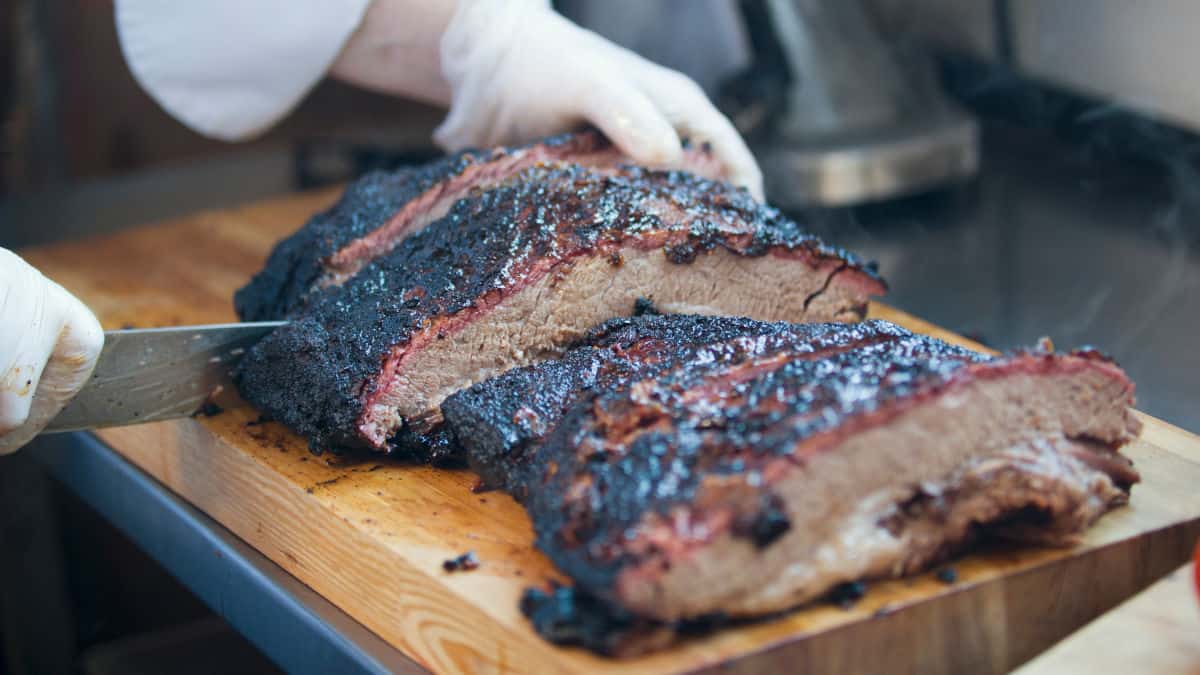